IHS iSuppli the market research firm has most recently predicted that Ultrabook will occupy the 43 per cent of notebook sale market by the year 2015. You may reasonably find it surprising, because Ultrabook has entered the market a very little time ago.

The light weight and thin design ( which is less than 0.8 inch ) of Ultrabook mark its difference from a notebook. Otherwise in case of features Ultrabook is almost the same as a notebook. An Ultrabook only punches the features of media tablets with the features of notebooks. That’s why Ultrabooks offer all time connected wireless links, outstanding long run batteries that can give 8 hours of service on a single charge and many more mouth watering features. 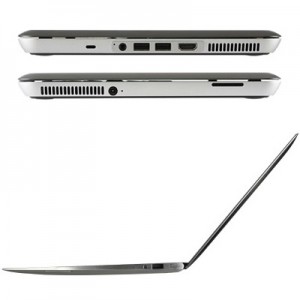 Acer and Asus, the current makers of Ultrabooks are at present sharing the customers’ choice with Apple’s MacBook Air. But the growing demand of tablets among people is emerging as a threat to the notebooks market. However the new furnished design of Ultrabooks with Windows 8 Operating System and Intel’s new generation processors is believed to attract some of the people to notebooks again and save the drowning ship of notebooks.