A recent report on behalf of software security company McAfee has stated that your car may be the next target of hackers soon. To fulfill the entire purpose of this survey the company has partnered with Wind River and has released a PDF outline by stating the potential danger which the hackers are presenting by connecting a large number of vehicles.

With the sequence to the fact in a study a group of scientists of the University of California, University of Washington and San Diego stated that the major key safety components of a car could be compromised if a hacker got the physical access of a vehicle’s electronic system by using a proof of concept software named as CarShark. The above study was conducted by the team of McAfee last year.

Though later this same team quiet successfully explained the Bluetooth attacks – where a hacker used a Bluetooth to get the access of any Bluetooth-connected device inside a vehicle that was any Smartphone or any tablet.

Moreover, another new research conducted by the Rutgers University and University of South Carolina has stated that it was possible to hack the RFID tags of any modern vehicles, because it used for receiving data from a small sensor inside the tires. Though, later they explained that such procedure was generally used to track a vehicle – but we have not found any known case in this field yet. 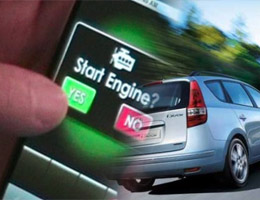 But the main interesting moment happened while a study had stated that CarShark attack could happen by combining with a wireless attack.

So, at this time McAfee is requesting everyone to take proper attention of their car.