The IT strategy formulated by the government for transforming the public sector IT successfully has not seen its good mark yet. IT programmes made month ago came out as utter disappointment but the ministers and officials are still praising these projects which are not of much worth. Just like Christine Connelly, former Department of Health CIO, brags about the IT upgrades for health trusts that have not yet arrived. And Meg Hillier, identity minister, was talking about how helpful the ID cards would be to the students in opening their bank accounts though the card scheme was not a solution actually needed.

The reports say that the IT strategy of the government lacks some of the hard measures that are required for its success. The public accounts committee like the idea of taking smaller and more manageable moves by the government that will help the small or medium sized companies to be the potentially suppliers to the IT projects by the government. The quantitative targets that are quiet difficult to achieve can be managed by the systematic approach of the government in its strategy and careful definition of its targets and expectations with the new strategy. 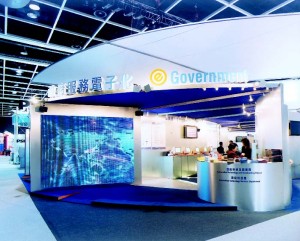 The basic problem is that the most ruthless of the targets are more or less similar to greased pigs. There is no yardstick of failure and success that can be used by the government to gauge the success of its projects so it tries to define it in its own way. This gives way to the selfish departments to look for their own good without looking at the positive side of the project that can cause blunders in the IT sector at the national levels and can take the whole IT sector of the country on the road towards the downfall.

There is a need for the government to have some meaningful measures for the establishment of its IT strategy based on development and innovation not trying to redefine it on old grounds. Defining of the targets clearly will help in reducing the risks of downfall for the government and could easily transform the public sector IT. Also clear metrics and unbiased are needed as the independent success measures in order to gauge the success and failure of its projects and aid them with better ideas and plans so that the pitfalls in the IT strategy could be avoided.