In an ironical situation, a group of hackers who sabotaged a number of websites from over a long period of time is now dissolving itself.  These hackers are so confident in their jobs that they have made a statement stating that group wasn’t disbanding under pressure from the FBI or enemy hackers. A LulzSec member said that his group members are not afraid of law enforcement and any other agencies like FBI or any other enemy hackers. These hackers are experts in their jobs and have hacked many big websites including major entertainment companies, FBI partner organizations, the CIA, the U.S. Senate and a pornography website. “The press are getting bored of us, and we’re getting bored of us”, One of their members said in a conversation with The Associated Press over the Internet voice program Skype.

One of the LulzSec members said that he might stop this hacking thing for ever. But he was not sure about other members of the group and said that some of them would continue working with Anonymous, which is the daddy of their previous hacking group and it has targeted the Church of Scientology, Middle Eastern dictatorships, and the music industry and many more. So we can say that there will be no change in this hacking phenomenon as LulzSec members are getting involved with anonymous group which is the highest ranked hacking group. Kevin Mitnick, a security consultant and former hacker said that the LulzSec members are very clever and they are not bored of this hacking thing. 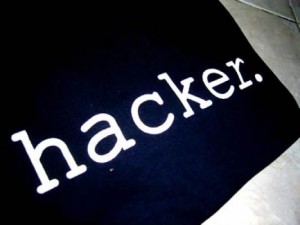 He said that the LulzSec members are trying to stay away from this hacking thing for a while because if they will continue it for long, then there are chances of mistakes which can be disastrous for the group as they can get caught by authorities. He also said the dissolution of the LulzSec group will not help in witnessing less hacking cases as the members are getting involved with other groups. This group has released various top priority documents of various agencies including 338 files which appear to be internal documents from AT&T Inc. However, the authenticity of these documents is not confirmed officially now. In an interview, a LulzSec member said that their group will disclose some other top priority documents in few months which include at least 5 gigabytes of government and law enforcement data from across the world.