The Ultrabooks from Acer are expected to earn a pretty good profit for the company, the CEO of Acer J.T. Wang has mentioned. While talking to Dow Jones Newswire the CEO has mentioned that users are going to really love the ultrabooks due to their thinner design, lighter weight and longer battery life than before and selling more and more ultrabooks will fetch good profit for Acer because ultrabooks come in comparatively higher prices. Wang believes that Acer will fix the price of ultrbooks around $ 699.

In 2009 Acer overtook Dell in PC market but the things changed with time. In the last several quarters luck is not seemed to favor Acer much in PC selling. CNET has disclosed that Acer has sold 9.7 million PCs all over t6he world in the last quarter of the year. That means in the last quarter Acer contributed only 10.6 per cent to the total PC market. They came in the fourth position after HP, Dell and Lenovo. But in that particular period of time in the last year Acer shared 23.2 per cent more market shares than this year. 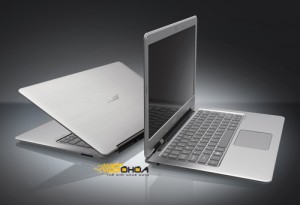 Very unfortunately the total sales of Acer got decreased by 23.34 per cent in the last year. It was expected that the ultrabooks will support the falling shares of Acer but then the company failed to deliver sufficient ultrabooks. Specifically the two thin ultrabooks Acer Aspire S3 and Asus Zenbook UX31 did not appear with a sufficient stock in market. According to the CNET editor Scott Stein the reason behind the insufficient supply of the two aforementioned ultrabooks is their close resemblance to Apple’s MacBook Air.

He has also mentioned that all of these thinner ultrabooks have got similar looks like MacBooks although MacBook is something peerless. The MacBooks Air made its first appearance in the market in January 2008. Since then it is a widely used laptop all over the world.